Comics made by Chantal's class of 2021
Every comic varies in its interpretation of the same story of two rams butting heads. Enjoy the differences in character and landscape design, and mark-making that make each of them unique works of art. Instinctively, each of them have zeroed in on an important aspect of the story and have represented them using their own touch, proving that anyone can make comics, and it is not only reserved for those who have spent their lives training for it.
Alexander's Rams
The combination of words and pictures sets a solid rhythm in this interpretation of the tale. I see this as a great picture book for kids to teach them friendship and sharing. 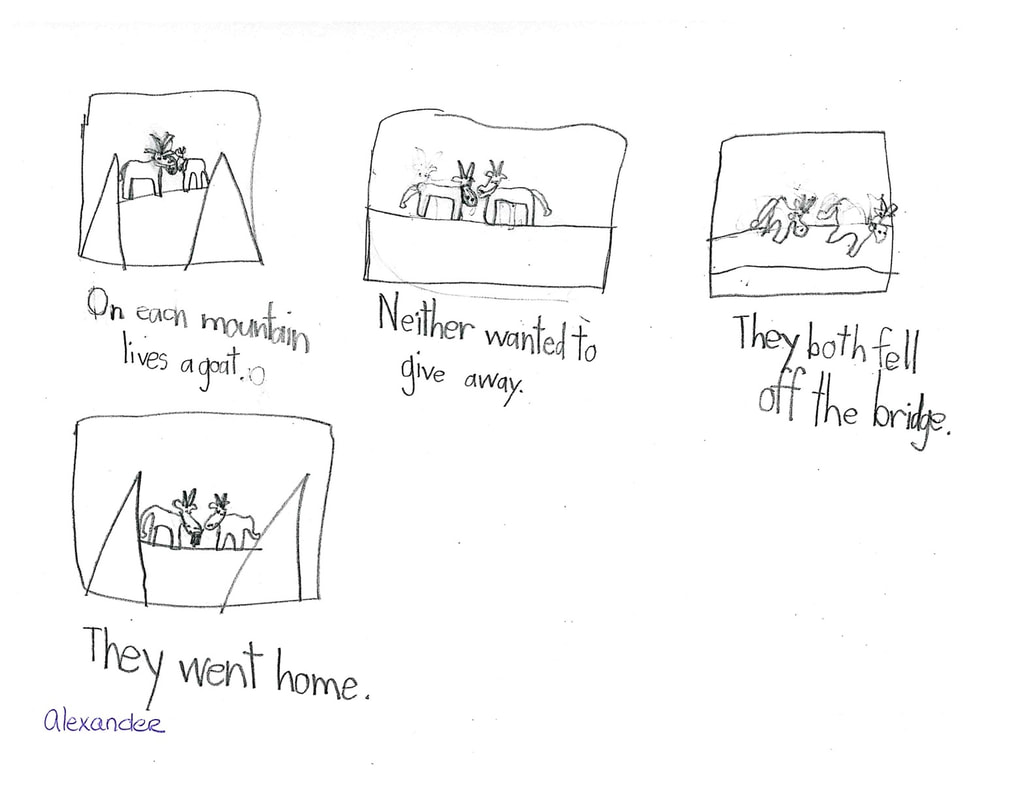 Eulexis's Rams
The detail of the bridge help set it as a realistic place in a complex universe much like ours, making this interpretation very relatable. I love that bridge. 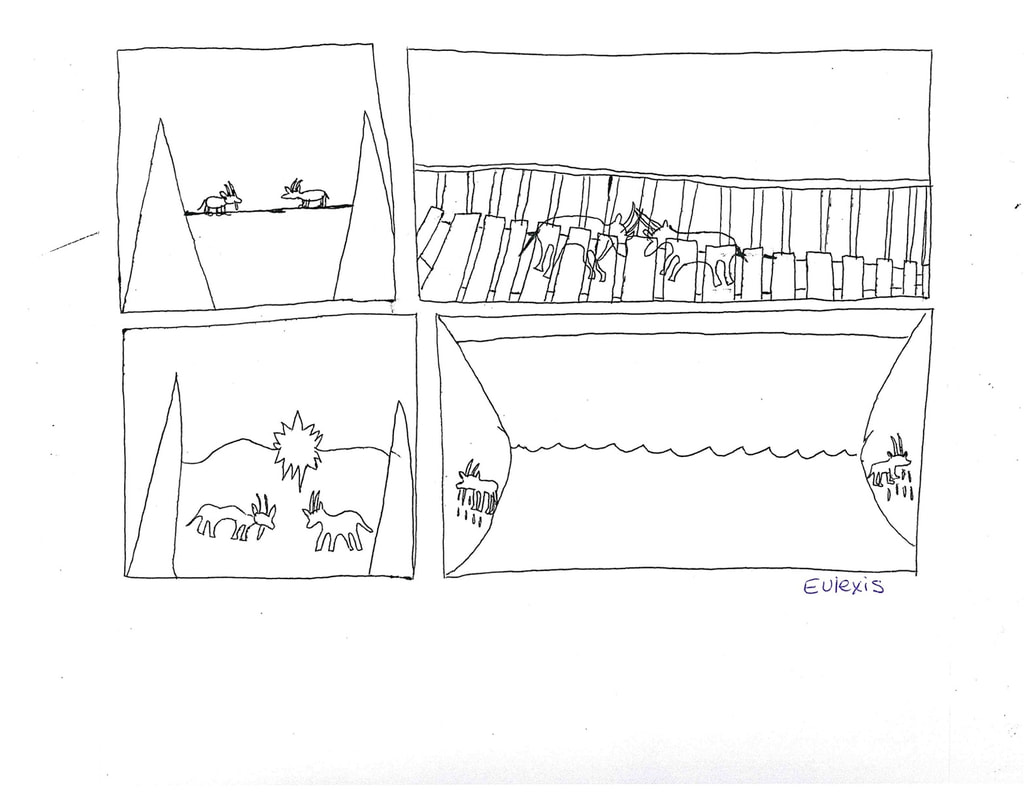 Pamela's Rams
The representation of each of the elements using straight or jagged lines give off a solidity and a wildness that build a solid picture of the world these rams must survive in. It feels like stepping into a video game: I want the characters to survive and do well. 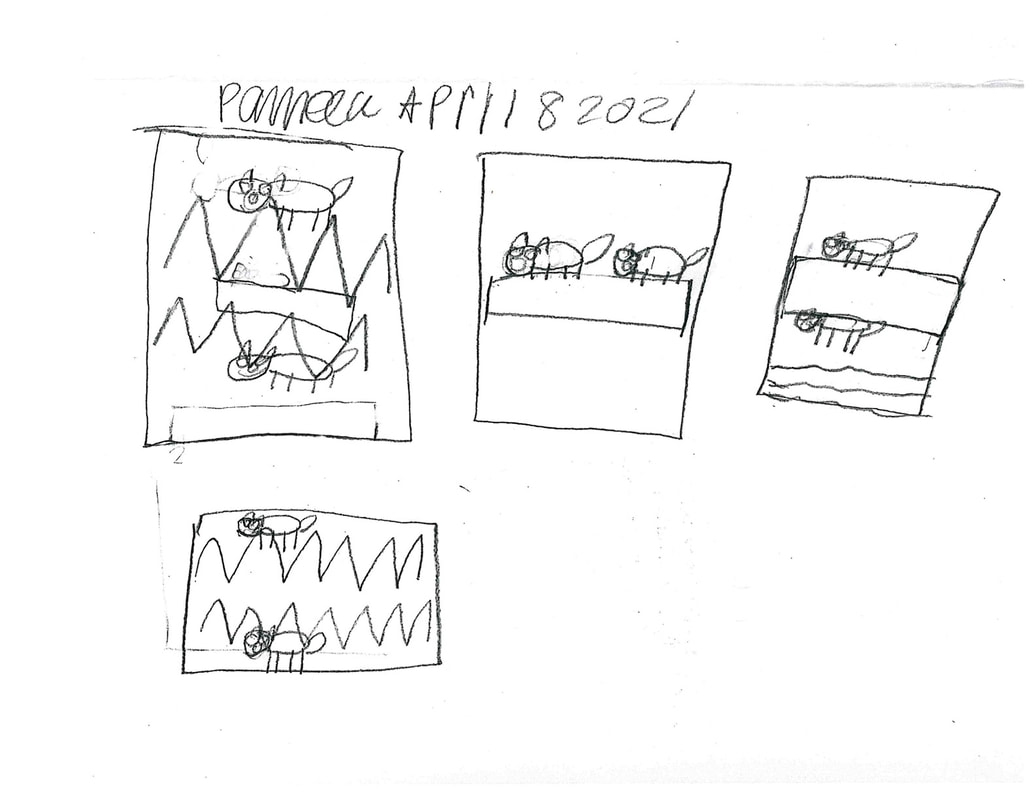 Jessica's Rams
In this interpretation the rams are similar to kind and gentle ladies, making it a comforting story rather than a dangerous one. I want to be their friend. 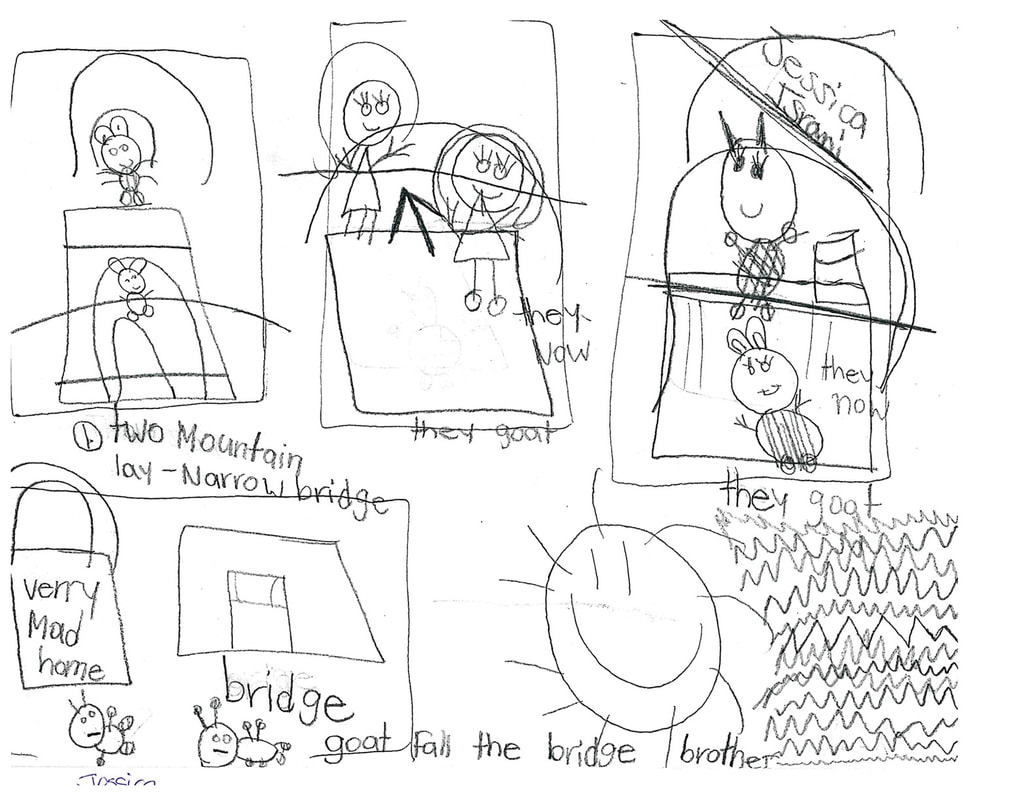 Moriano's Rams
The emphasis on the character's faces and expressions here direct our focus toward the personalities and the emotions of the characters more than the action itself, making the rams more relatable to us humans. I feel for them. 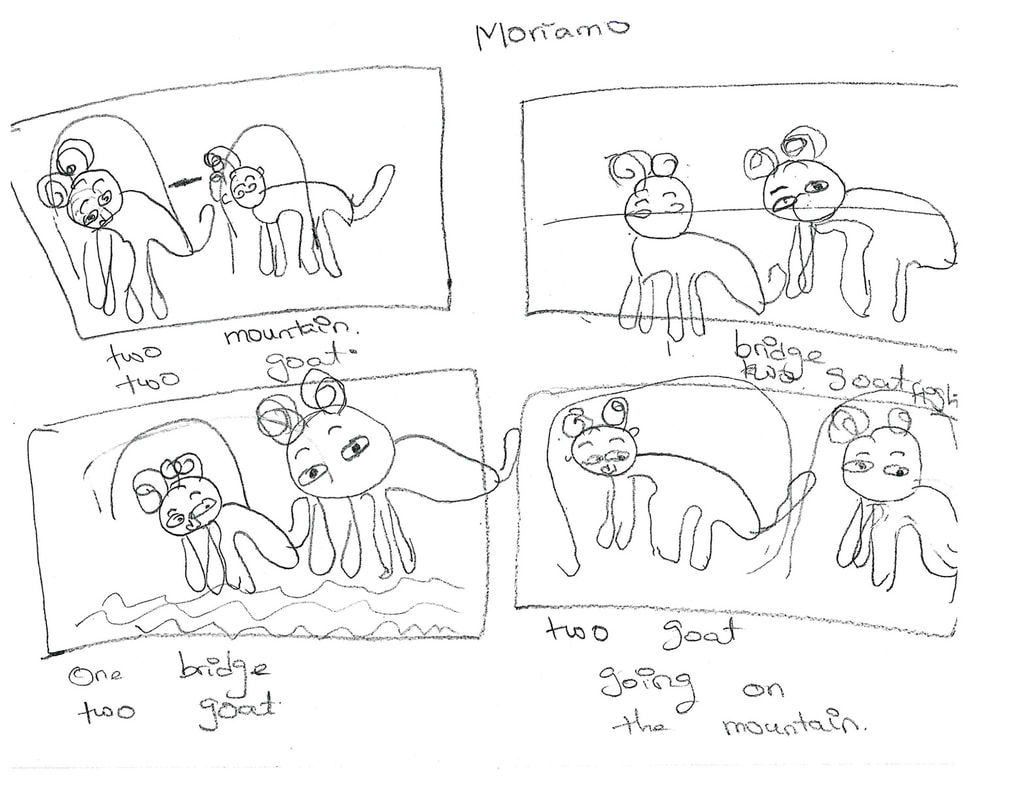 Shemar's Rams
The beauty in this interpretation is its simplicity. All unnecessary details are stripped away to reveal with clarity the action of the comic but leaving plenty of space for digging deeper into its philosophical meaning. I feel these rams have taught me that if I climb too high, I'm bound to fall down and have to get back up again. It is a story of resilience. 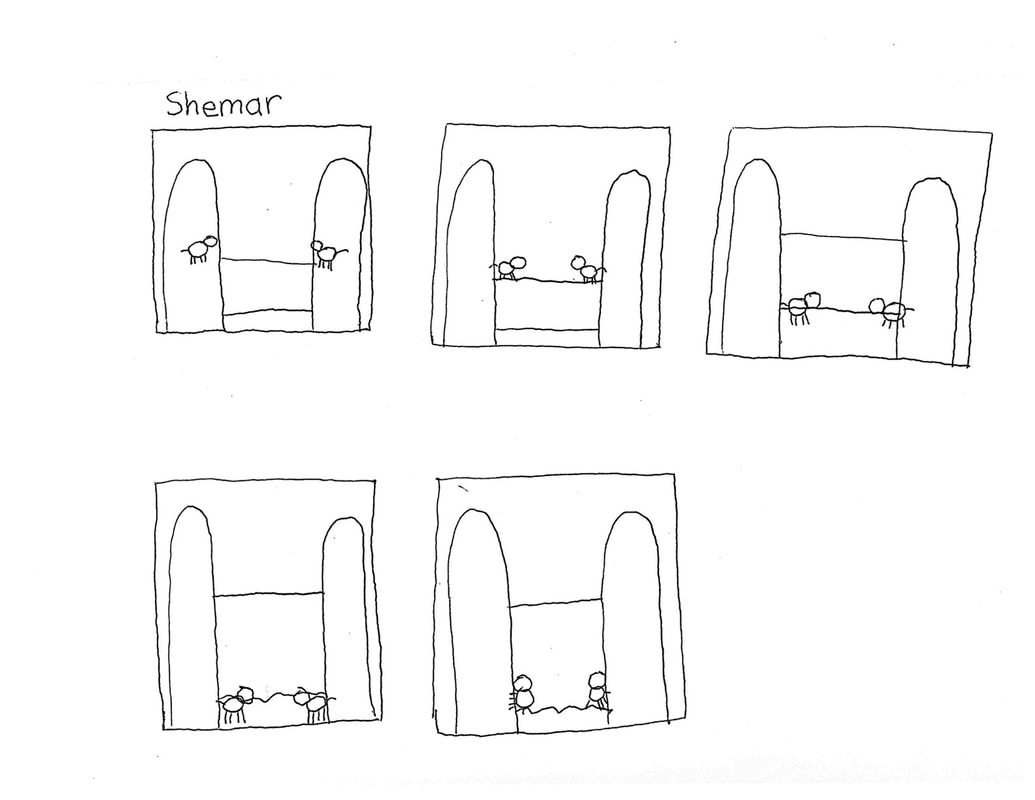 Taleen's Rams
In this interpretation, the rams' horns, usually a symbol of dominance and violence give the scene a friendlier touch than most. It almost seems like they're willing to be friends, where the bridge can act as metaphor for joining forces and forging friendships. I definitely want to be friends with these two rams. 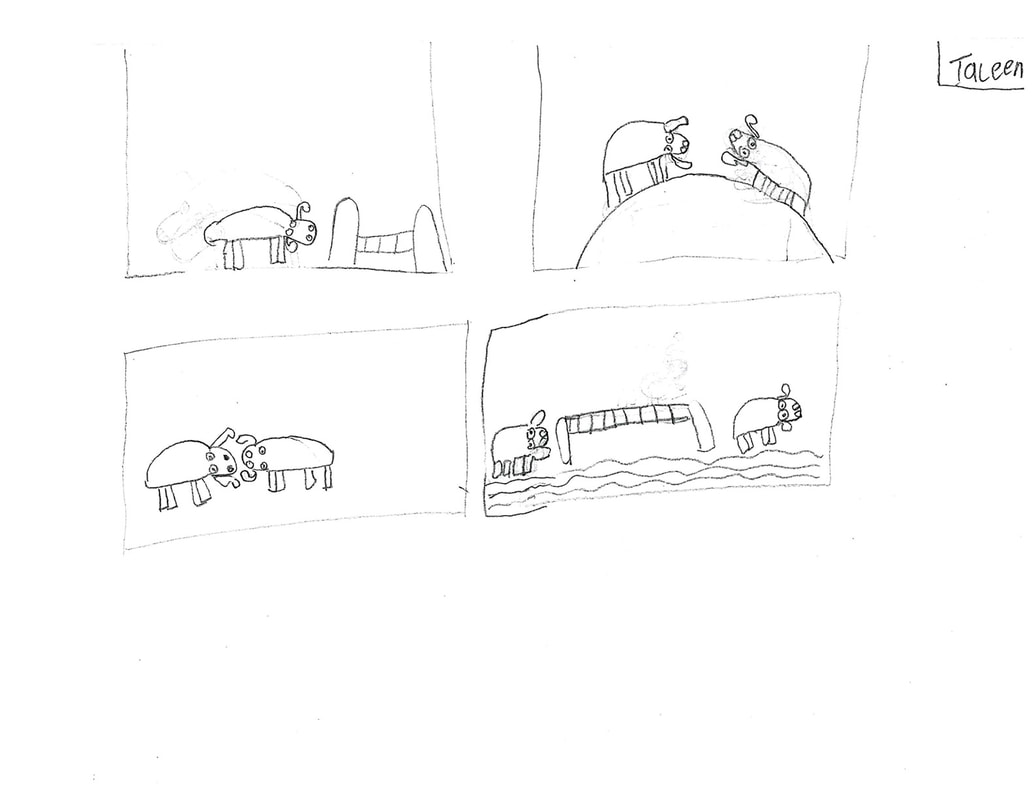 Shaun's Rams
The rams here have broken the forth wall. They have defied the laws of comics and held their horns out of the bounds of their story, giving them power and wisdom in a very unconventional way. Very cool! 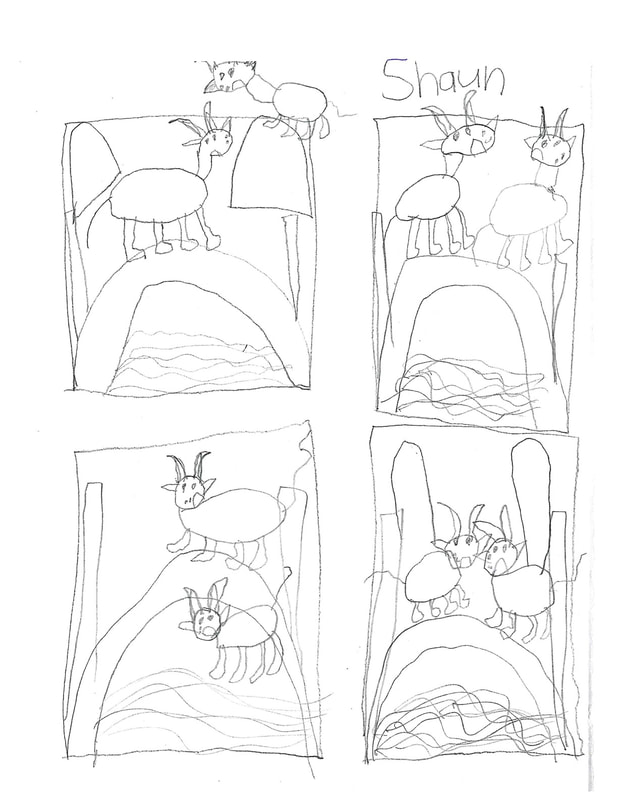 Michael's Rams
In this interpretation, the rams are subject to their environment. Whatever place they are in, that place shapes them and transforms them, showing a close bond between animal and nature, reminding us of our own relationship to the earth and its resources. I love the wet fur. 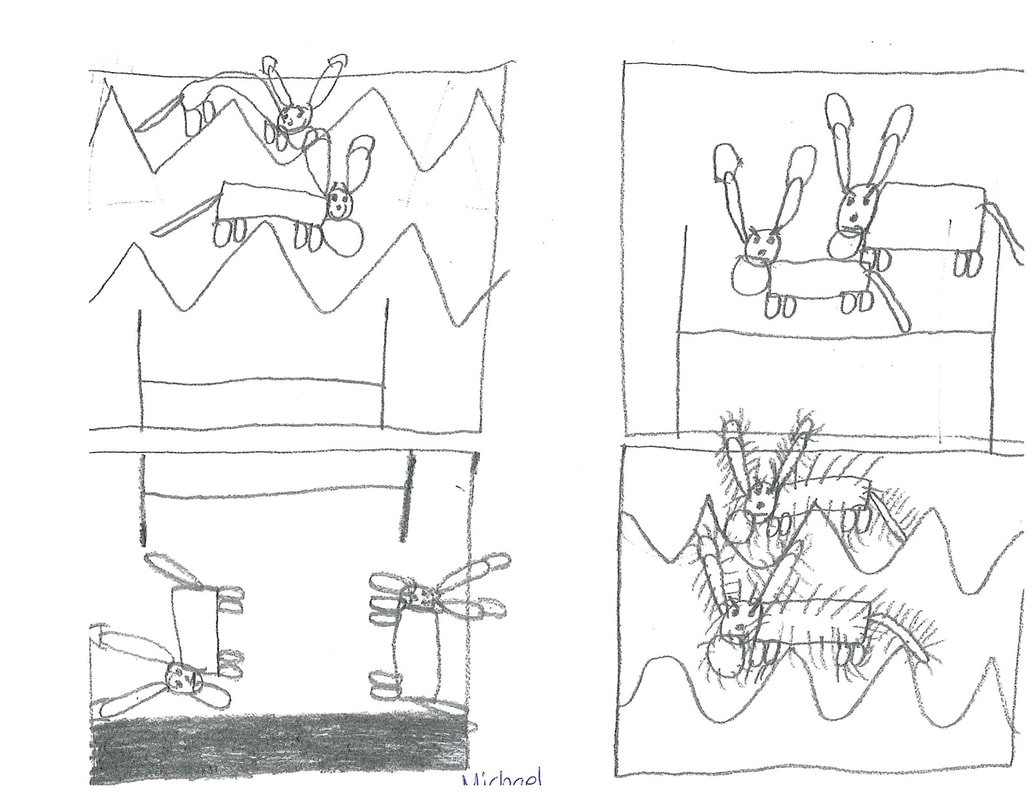